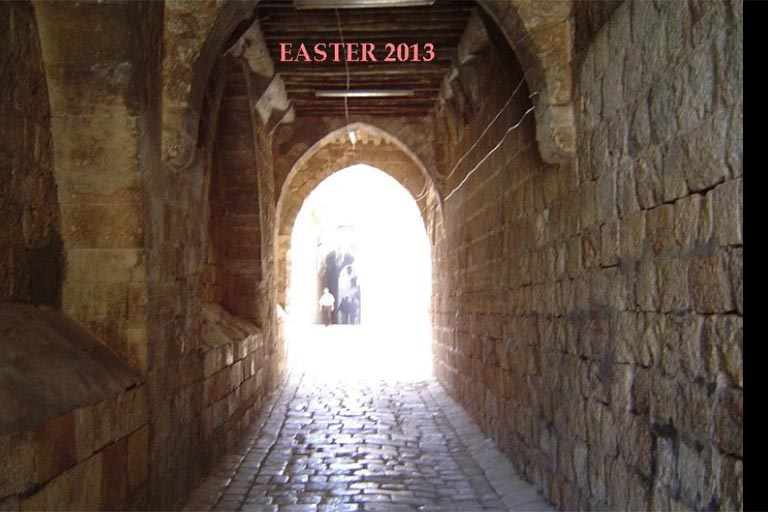 1 h. program EWTN television premiere. Filmmaker Elisabetta Valgiusti presents the stories of Syrian Christians who have been forced to flee to neighboring countries due to extreme threats from radical Islamic groups. Cardinals, Patriarchs and Bishops give their own insights on the situation.

An hour-long program documenting the extreme danger facing Syrian Christians in the midst of the country’s internal conflict is showing this week on EWTN. “Syria’s Christian Exodus” records on killings and persecution inflicted on unarmed Christians.

“They give witness to the violence of different jidahist and radical Islamic armed groups that keep destroying Syrian villages and towns,” says program maker Elisabetta Valgiusti. “Most of the members of these groups are not Syrians.”

In Iraq, the Syriac-Catholic Archbishop of Mosul, Yohanna Petros Mouche, and Nisan Karromi, the Mayor of Karakosh, the most popolous Iraqi Christian city, underline the difficult situation in Mosul and in the villages of the Nineveh Plain. The program was recorded shortly before Mosul was seized by Islamic militants.

Other important Middle East Catholic leaders participate in the program including the Latin Patriarch of Jerusalem Fouad Twal, Maronite Archbishop of Beirut, Paul Youssef Matar, and the Greek Melkite Catholic Archbishop of Amman Yaser Al-Ayyash. While the President of Caritas Lebanon, Father Paul Karam, reports Caritas aid to the refugees and the effects of this emergency in Lebanon.

Cardinal Peter Turkson, President of the Pontifical Council Justice and Peace, gives his contribution to the program, focusing on the committment of the Catholic Church for peace and the efforts of Pope Francis to promote it.

Valgiusti says the program aims through evidence to help the reader identify with the “extreme hardships that all the Middle East and its various components are going through.”